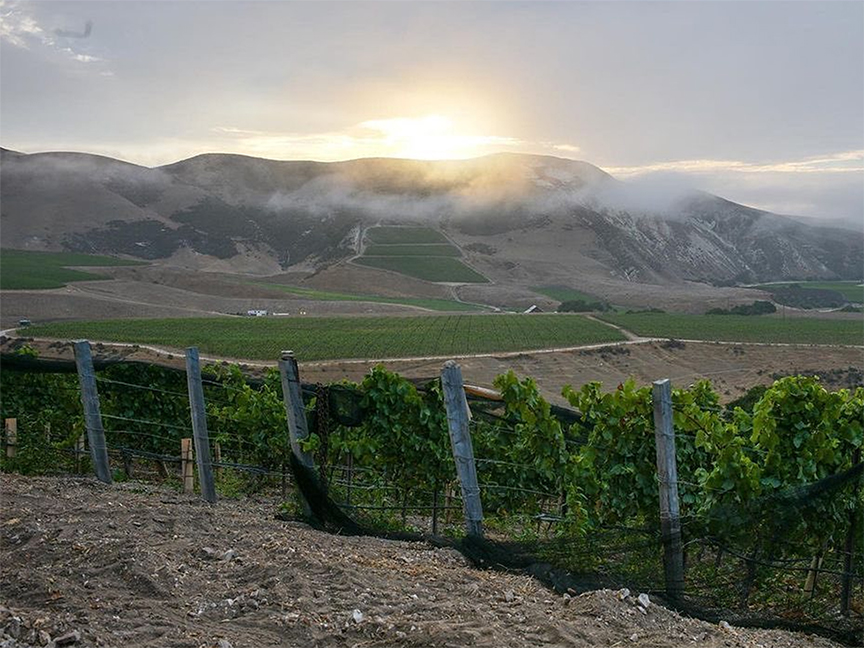 On Wednesday, June 8, from 5-7 p.m., we’ll be pouring four of our favorite American Chardonnays.

But these aren’t just any old “California Chards.”

No, the two wineries that we will be pouring were part of the new wave of Chardonnay growers that abandoned the rich, “oaky and buttery” style that California made so popular in the 1980s. Using Burgundy as their guide, they opted instead for what they called “balanced” wines inspired by the Old World Chardonnay growers that they had come to favor. Low alcohol, pronounced but elegant acidity, depth and aging potential, and most importantly “food friendliness,” what we call today the “gastronomic” character of wines. Those were the bywords of the new wave Chardonnay producers.

One of the winemakers who made the greatest impact in the Chardonnay nouvelle vague was Sashi Moorman, who moved to Ojai, California in 1996 to make wine after working extensively in top New York City restaurants.

Next Wednesday, we’ll be pouring four top expressions of Chardonnay from two of the wineries he’s associated with: Sandhi in California’s Santa Rita Hills (Santa Barbara County) and Evening Lands in the Eola-Amity subzone of Oregon’s Willamette Valley (above).

Brett, Master Sommelier and owner of the Boulder Wine Merchant, likes to call these wines “American Premier Cru Chardonnays,” a nod to the Burgundian wines that have inspired them. But more importantly (and even more deliciously), he’s referring to the fact that the winemaking philosophy is based around minimal intervention in the cellar. Because Sashi never lets the enological process get in the way, these wines truly speak of place and terroir.

Both wineries were founded in a partnership between Sashi and celebrity sommelier and author Raj Parr, a good friend to Boulder Wine Merchant. Raj is one of the best tasters in the U.S. today and he’s played a pivotal role in getting Americans to appreciate these highly nuanced and extremely food friendly wines.

Click here to view the wines. We hope to see you next Wednesday!

Our FEATURED WINES for June are now available!

With summer almost officially here, we focused on under-$20 value-driven wines that we love like the Anselmi “San Vincenzo” Bianco 2020 from Northern Italy ($17.99), a gorgeous white with intense minerality and rich stone fruit flavors, and the Château Auguste Bordeaux Rouge 2016 ($17.99), the perfect Bordeaux blend for summer grills, with earthy “goudron” flavors balanced by ripe fruit.

Thank you for being here and thank you for your continued support. We wouldn’t be here without you. Happy summer!