Why is Wine Used to Celebrate? 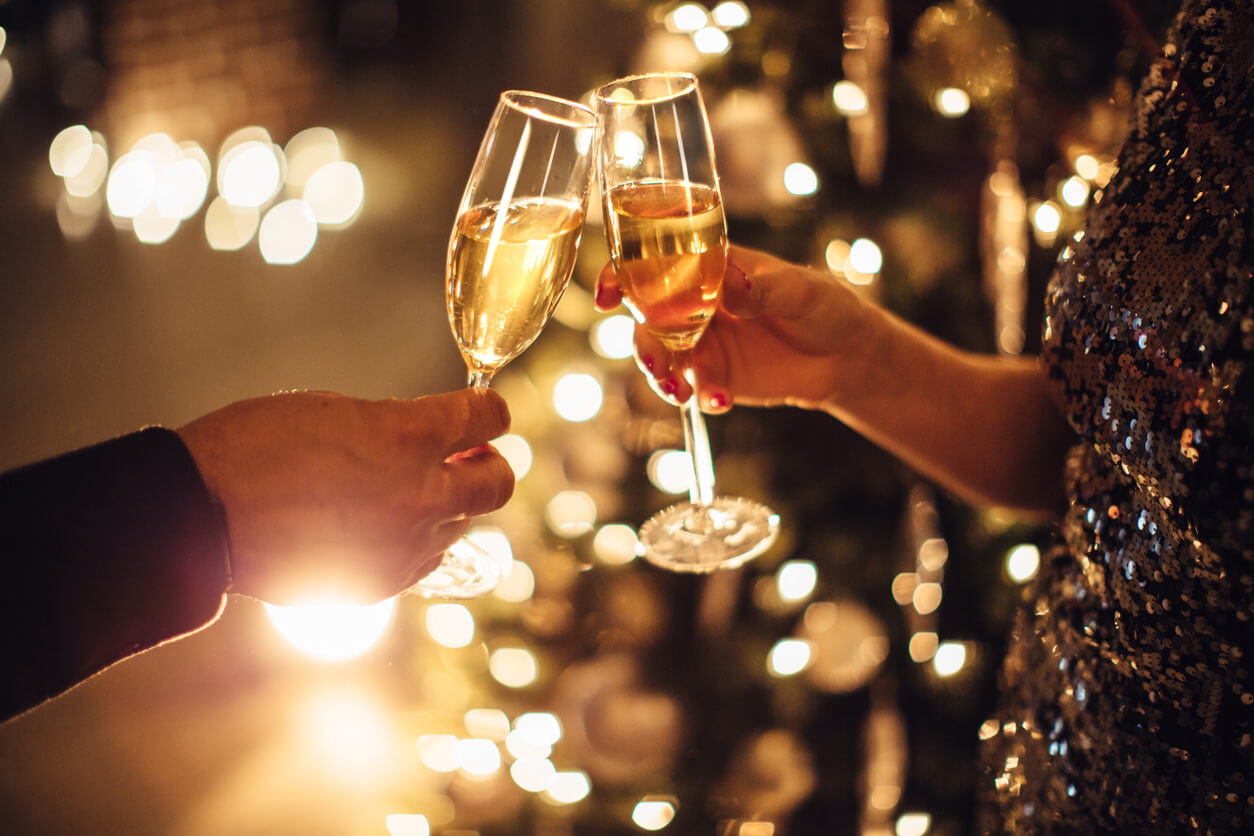 Across the globe, people will be raising glasses in celebrationthis holiday season. On New Year’s Eve, you’ll be able to hear the pops of people opening bottles of Champagne and other sparkling wines — from Rome to Paris, London to New York, San Francisco to Tokyo and beyond.

But New Year’s Eve isn’t the only occasion when people around the world reach for a favorite bottle of wine to celebrate. And sparkling wine isn’t the only kind of wine used for festive gatherings.

In Europe, for example, people regularly open and serve wine to celebrate the arrival of a guest or the return home of a family member. And of course, weddings are trademark occasion for when wine is served as one of the highlights of the celebratory meal.

Discover the history of wine used and how it’s been used in celebrations — from the Bible through the renaissance and into modern times.

Wine in the Bible

To understand the role that wine plays in celebratory events, we need start with Biblical times. One of the earliest mentions of wine being served at a celebration in Western Civilization dates back to the account of the Marriage at Cana in the New Testament.

You likely already know the story: Jesus’ mother points out to her son that there is no wine. To remedy the situation, Jesus transforms “water into wine,” as the proverb goes.

It’s a well-known tale from the Book of John (John 2:1-11), and it’s the first miracle attributed to Jesus. It was also one of the most popular subjects for paintings during the Renaissance.

Beyond the miracle, there’s something else very important in play: The betrothed of the Marriage of Cana literally couldn’t get married without wine. That’s because no marriage can be held in Jewish tradition without saying a prayer over and then tasting wine — one of God’s greatest miracles and gifts to humankind.

Even today, the first prayer recited at nearly every Jewish wedding is the bracha or blessing over the wine: “Blessed are You, Adonai our God, Sovereign of all, Creator of the fruit of the vine.”

It’s important to remember how “miraculous” wine was to Biblical-era communities. The vine is a plant that produces fruit even in extreme conditions where water is scarce, like the dessert lands we now know as the Middle East.

And in a culture where potable water was often hard to come by, wine was miraculous because its alcohol made it safe to drink. The alcohol and acidity of wine also made it possible to store it without spoiling, and to put in an earthenware amphora and take it on the road or on a sea voyage.

When you consider that we didn’t even understand the science of yeast and fermentation until the time of Louis Pasteur in the 19th century, it’s not hard to imagine how wine was perceived as a divine gift from God — in Biblical times and beyond.

When we look at how wine was used in Greek and Roman times as a source for aesthetic and spiritual inspiration, it’s clear that wine has played an important role in humankind’s development — both in terms of health and culture.

No Roman poet produced their best work without enjoying a glass (or more) of wine first!

Wine Used for Celebrations During the Renaissance

Wine all but disappears from Western literature during the Middle Ages. That’s probably because of rampant alcoholism at the time.

Francis Petrarch (1304-1374), for example, the “first humanist” and author of countless Latin works of prose, disparages the drunken cardinals of Avignon, describing the scourge of alcohol abuse among laypeople.

But Petrarch never mentions wine in any of his poetry. Dante only mentions wine once in his entire Comedy. Like Dante and Petrarch, nearly all the late Medieval writers avoid even mentioning wine in their vernacular works.

But that changes in dramatic fashion with the Italian writings of Florentine proto-humanist Giovanni Boccaccio (1313-1375). In his most famous book, the Decameron, a collection of 100 novellas told by Florentine nobles who flee the Black Death by creating a pod (no joke) in the countryside, wine is frequently mentioned, and even has various narrative functions in the tales.

Boccaccio discusses in detail the importance of wine in maintaining a healthy lifestyle. And in the novellas, there are countless descriptions of wine being offered to travelers.

These mentions are the earliest traces of how wine was used in celebration in Europe before the modern era. It was in the late Middle Ages and early Renaissance that people started to move about more regularly between city-state and city-state. The celebration of the arrival of a traveler was nearly always marked by serving wine, often the host’s best wine.

That tradition would only become more robust with the rise of the city-states: As Queens, Kings, Popes, and Princes wanted to show off their power through lavish entertainments and feasting, wine began to assume its role as a “luxury” or “premium” product that served to reflect the host’s and guest’s status.

Whether they were receiving a cardinal or military commander, the hosts would reserve the finest wines for such occasions.

Wine as Celebration in The Modern Era

As we know, the aristocratic tradition of serving fine wines at celebratory feasts spilled over into the modern era. Again, we have European royalty to thank for this.

The Czars of Russia, for example, obsessed about French cookery and French wines. And they were among the first to make Champagne — sparkling wine — the ultimate wine for celebrating.

The best wines were always reserved for the most esteemed guests. But it was also during the times of the Russian Empire that wine started to be incorporated into Christmas and New Year’s Eve festivities.

Many don’t realize that unlike today, New Year’s Eve was a religious occasion in the time of the Czars.

But it was the British royals and their taste for top Champagne that made wine — and especially sparkling wine — the beverage of choice for weddings and religious occasions. Even today, royal observers (and wine writers) are keen to identify the Champagne served by the Royal Family.

In 2018, Decanter magazine in England got the scoop on the sparkling wine — Pol Roger Brut Réserve non-vintage champagne — that was served at Meghan Markle and Prince Harry’s nuptials.

Of course, the couple also served a still white wine and a still red wine. At least that’s what the wine media world has speculated. No one really knows for sure, except the couple and the lucky guests themselves!

It All Starts with Marriage

Wine has played a fundamental role in nuptial festivities for all of history, from the wedding that Jesus attended in Cana to the marriage of Meghan Markle and Prince Harry. It all goes back to the miracle of the vine, one of the most powerful and enduring expressions of the divine throughout the ages.

What wine did you pour at your wedding? And what wine are you planning to serve this holiday season?

Whatever wine it is, you’ll undoubtedly remember it as one of the best you’ve opened in celebration!

Don’t be shy about asking your salesperson at your favorite wine shop to recommend a special occasion wine. They will always have a lot of great options at their finger-tips.