What You Need to Know About Sulfites in Wine 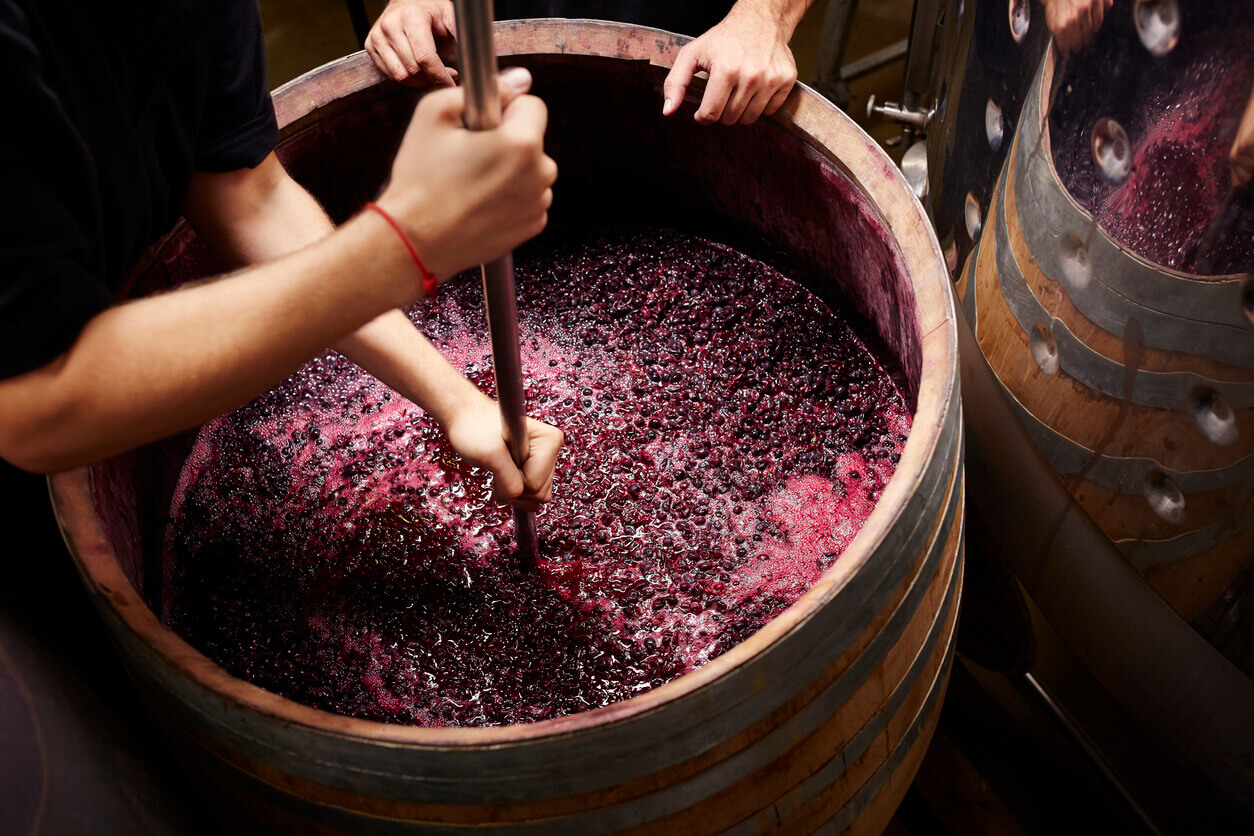 One of the questions we get a lot is why are there “sulfites” in wine? Contrary to popular belief, sulfites can be thought of as one of wine’s friends — and yours, too.

Wine without sulfites doesn’t exist. Even wines that don’t have any sulfur added to them contain sulfites.

Below we address some of the controversies about sulfites and their use in wine production. We’ll also provide answers to some of wine’s many misconceptions.

The Truth About Sulfites in Wine

Sulfur (or SO2) has been used since antiquity in the production of wine.

Wine is made by fermenting the sugar in the grape must (juice) and converting it into alcohol. Fermentation is provoked by the presence of yeast — a living organism.

Sulfur helps the winemaking by “stabilizing” the wine. In other words, by arresting (stopping) fermentation and eliminating unwanted bacteria that can affect the aroma and flavor of wine.

Without the use of sulfur, it would be extremely challenging to ship wine from one place to another without it being spoiled by unwanted bacteria. And even when sulfur isn’t added to the wine, it’s a natural byproduct of fermentation.

In many ways, fine wine would quite literally not be possible without sulfites. It’s because of sulfur that we’re able to enjoy wines from all over the world.

One of the Wine World’s Biggest Misunderstandings

Winemakers across the world are required to label their wines if they contain sulfites, which adds to the misunderstanding around its use. The U.S. was the first to require this before the European Union adopted a similar policy years later.

What people don’t realize is that sulfites are also used in the production of fruit juice and to maintain color and increase the shelf life of certain foods and beverages.

Wines Can Be Sulfite-Free

All wines contain sulfites. Even when a winemaker leaves out sulfur dioxide, the final product will still contain sulfites. Sulfur is one of the natural byproducts (sulfur metabolism) of fermentation (whereby yeast turns sugar into alcohol).

Actually, the opposite is true. Because SO2 is used to prevent wine oxidation and subsequent “browning” of white wine, commercial producers use more SO2 for their white wines.

Sulfites Are Used Only by Down-Market Winemakers

In fact, sulfured (or sulfurated) wines are the industry standard and the use of sulfur is widely embraced by every wine category in the world today. According to the Oxford Companion to Wine, less than 1 percent of the world’s winemakers produce wine without SO2.

Sulfites Give You a Headache

The “sulfite headache” is a myth. Although some people are extremely sensitive to sulfites, the headache you can experience after drinking wine is more likely due to the high alcohol content of a given wine, the setting you serve the wine, and the foods you pair or don’t pair it with.

If you drink a bottle of Pinot Noir from the Central Coast of California (which is 17 percent alcohol) without food, you’re going to get a headache due to dehydration.

It’s widely accepted by winemakers across the world that the use of sulfur in winemaking is — without a doubt — a good thing. In the 19thcentury, a greater understanding of microbiology revolutionized the fine wine industry.

It’s important to remember that before Louis Pasteur, no one understood how microorganisms affected the way wine smelled and tasted. The application of sulfites today is part of Pasteur’s legacy.

Why Is “Contains Sulfites” Written on Every Wine Bottle?

How and Why Do Winemakers Use Sulfur in Winemaking?

Sulfur prevents wine oxidation before, during, and after fermentation. Because oxygen binds to SO2, the SO2 prevents oxygen from binding with other elements in the wine. Premature oxidation can cause browning of white wine and unwanted aromas and flavors in both white and red wine.

Winemakers also use sulfur to clean winemaking tanks and other tools for wine production, and after fermentation to kill unwanted bacteria.

Can the Average Person Taste SO2 in Wine?

If excessive amounts of SO2 have been used to make a given wine, you can actually smell it. Most say it smells like burnt matches.

Do Some Winemakers Use More SO2 Than Others?

High-volume commercial winemakers tend to use more SO2 so they can quickly stabilize and ship their wine and create more space in the winery. The biggest offenders? Producers of large-volume, industrial white wine.

How Much SO2 is Allowed in Wine?

In the U.S., 350 parts per million (ppm). In Europe, 160 ppm for red wine; 210 ppm for white wine.(Note that the EU maximum is higher for whites than for reds. That’s because more sulfur is needed in the production of white wine to prevent browning.)

Can Fine Wine Be Made Without SO2?

There are many ways to make wine without SO2 and even some of our favorite wines are “unsulfured.” However, these wines represent a tiny segment of the wine industry, and tend to have “faults” that make them difficult to market.

One of the most common defects in unsulfured wine is “mousiness” — in other words, an aroma akin to a household mouse cage. Another common fault is a “barnyard” aroma, caused by the presence of a yeast known as Brettanomyces.

But there are a few notable exceptions. Frank Cornelissen in Sicily, Marcel Lapierre in France, Movia in Slovenia, and Matthiasson in California (just to name a handful) all produce “zero sulfur” wines with great success.

Minimal use of sulfites (or using the smallest amount possible) reflects the winemaker’s desire to make better wine. It takes more time, patience, and money to make wine with lower amounts of added SO2. But to most wine experts, it makes for better wine.

Impress Your Friends with Wine Knowledge

Without sulfur, wine would be too delicate to ship, meaning we wouldn’t have access to some of the world’s greatest wines.

The bottom line? Today’s wine industry would not exist without the use of SO2.

Now that you know the ins and outs of sulfites in wine, you can impress your friends at your next get together. If you want to learn more from a Master Sommelier, start by subscribing to our email newsletter.