What are the Best Organic Wineries? 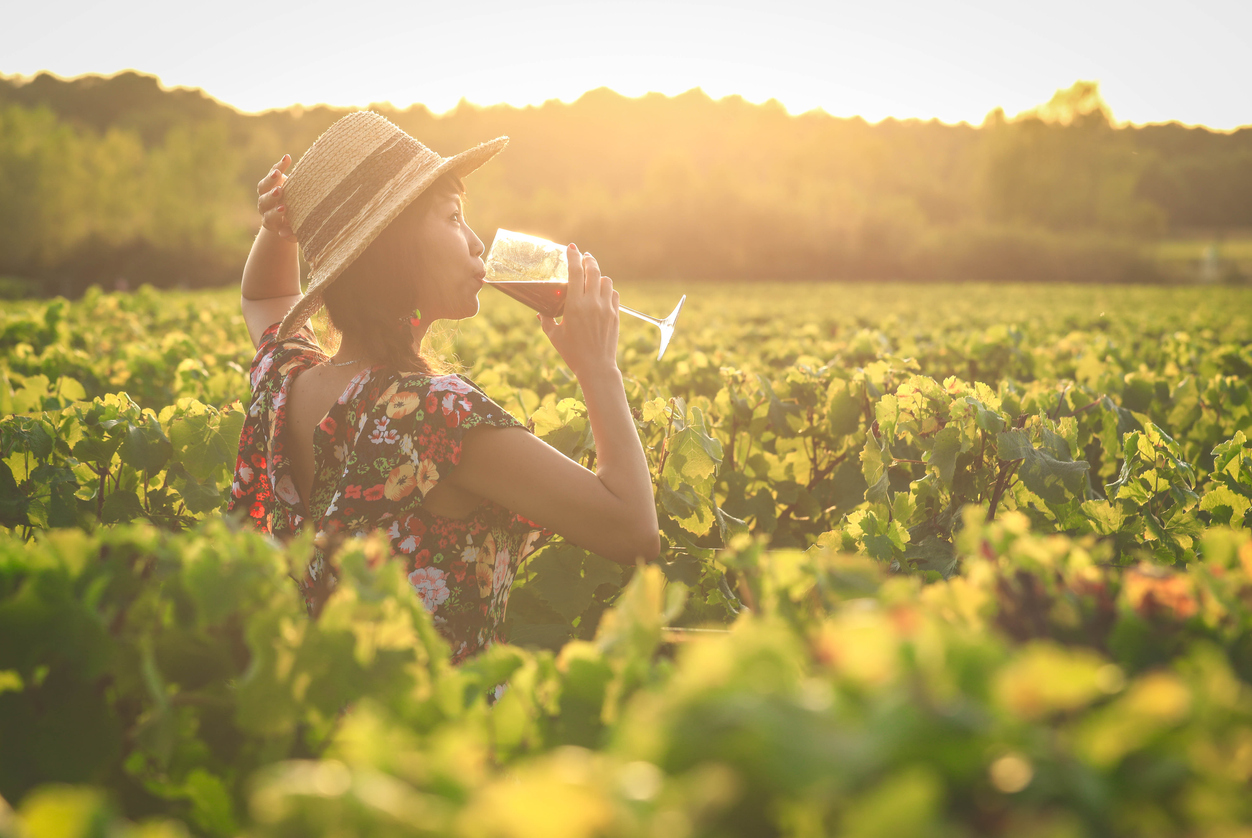 Which organic wineries are the best? It’s a question we get asked a lot.

Many wine growers follow the philosophy of lutte raisonée, also known as integrated farming. While these are not “organic certified” wineries, they use organic farming practices to the greatest extent possible.

In good vintages, their entire production may be organically farmed. In challenging vintages, they may be forced to use some synthetic products in order to produce great wine.

When it comes to the world of fine wines, organic farming practices (although not certification) have become the standard.

But this wasn’t always the case. If most wineries today “lean” toward organic, it was thanks to a handful of pioneering organic wine farms who helped to make organic farming practices the norm rather than the exception. They did so by showing that organically farmed wines often taste better, and can be better for the environment.

When it comes to the pioneers of organically farmed wines, here are a few that should be on your radar.

Some would say that the Coulée de Serrant winery and estate in the Loire Valley of France is where organic wine making all began.

Legend has it that Nicolas Joly — the then heir to the family’s property, who was involved in banking at the time — was browsing the stands of book sellers on the Seine, when he stumbled across the works of Austrian philosopher and biodynamic pioneer Rudolf Steiner.

When Joly eventually left his career in banking and returned to the family estate, he decided to abandon “chemical farming” in the vineyards, and converted the property to an organic winery.

Today his wines are as collectible and age-worthy as they are delicious. And he inspired a generation of fine wine growers to follow in his footsteps.

In the early 2000s, he founded the “Return to Terroir” association. Its members are all organic or biodynamic growers, and browsing through the members is another great way to discover high-quality organic wineries!

In Italy, organic farming is seen as a sort of civic duty. Italians are extremely environmentally conscious, and the Italian government has even considered legislation that would make it mandatory for all government and public institutions, including schools, to serve only organically-farmed foods.

Many point to Giampiero Bea, owner of the Paolo Bea winery in Umbria, as one of the leaders of the organic wine movement in Italy.

For Giampiero, there are two issues at stake:

If you ask Giampiero (and we have), he’ll tell you that the biggest offender is the controversial crop dessicant and systemic herbicide glyphosate.

In the mid-2000s, Giampiero launched an Italian organic growers association known as Vini Veri. The name of the group and its yearly trade and consumer tasting in northern Italy means literally true or real wines, and its tagline is vini secondo natura, meaning wines to according (or in accordance with) nature.

Just like Coulée de Serrant, the roster of Vini Veri members is a great place to discover organic fine wine growers in Italy.

American wine growers have been slower to embrace organic farming practices. It’s only been in recent years that we’ve seen substantial growth in the production of organically farmed wines.

Today, there are so many great organic farmers in California and Oregon, and their numbers keep growing.

Below are three that deserve our attention because of their role in making organic farming the rule rather than the exception.

Many of the old line Napa and Sonoma wineries have been using organic practices for years, although many of them refuse to certify their wines because they feel that the certification is often abused for commercial purposes.

The Benziger winery and estate in Glen Ellen, California was one of the first to show the world that organic farming grape farming can work on a large scale.

Similarly, the Montinore farm in Oregon’s Willamette Valley proved that organic farming was sustainable and profitable, even when producing large quantities of wines at a wide range of price points.

Our shortlist of organic pioneers in the US wouldn’t be complete without mentioning The Eyrie Vineyards, also in Willamette Valley in Oregon.

Eyrie founder David Lett was an organic pioneer. He singlehandedly launched the Oregon wine industry when he decided to plant Pinot Noir vineyards in the 1960s.

Not only did he create a wine-growing community where previously there had been none, but he also demonstrated that organic grape farming could produce extremely high-quality wines with remarkable longevity.

How to Shop for the Best Organic Wines

When shopping for organic wines, there are two main components you should keep in mind when choosing the best bottle for you.

First, if the wine’s only certification is “made from organic grapes” (and not “organic wine”), you don’t know what the winemaker has put into the wine after he vinified the grapes. Even though a wine is made from certified organically farmed fruit, it doesn’t mean that it doesn’t have synthetic (in other words, non-organic) additives.

Second, if the wine is indeed certified organic wine, the absence of SO2 increases the probability that the wine will be spoiled. As we mentioned in our previous post about organic wine, SO2 is actually a good thing (despite people’s myriad of misconceptions about it). It helps to stabilize wine and stop it from spoiling.

If you’re buying high-end fine wine, the amount of sulfites will be minimal. So unless you have an extreme allergy to sulfites, you won’t even perceive their presence.

It’s important to remember that all wines have sulfites in them, even those to which no SO2 has been added. Sulfites are a natural byproduct of fermentation. And it’s not sulfites that give people “sulfite headaches.” (Stay tuned for our next months’ post all about sulfites, sulfur, and SO2, where we’ll address common misconceptions about sulfite and its interaction in wine and the body.)

When shopping for organic wines, it’s important to do your due diligence. Read up on the winery’s history. Check out critics’ notes and write-ups. And most importantly, talk to your wine retailer: If an organic wine is stocked in their store, at least one person there knows and loves the wine.

Your wine merchant salesperson will be able to point you to organic wines and organic wineries that they trust.

Take Your Wine Knowledge to the Next Level

For some of us, wine isn’t just a drink or an indulgence — it’s a way of life. From best organic wine and wineries to the history of decanting and more, our Wine Mastery Guide will take you from a wine lover to a wine expert.