Here’s How You Decant Old Wines (And Why It Matters) 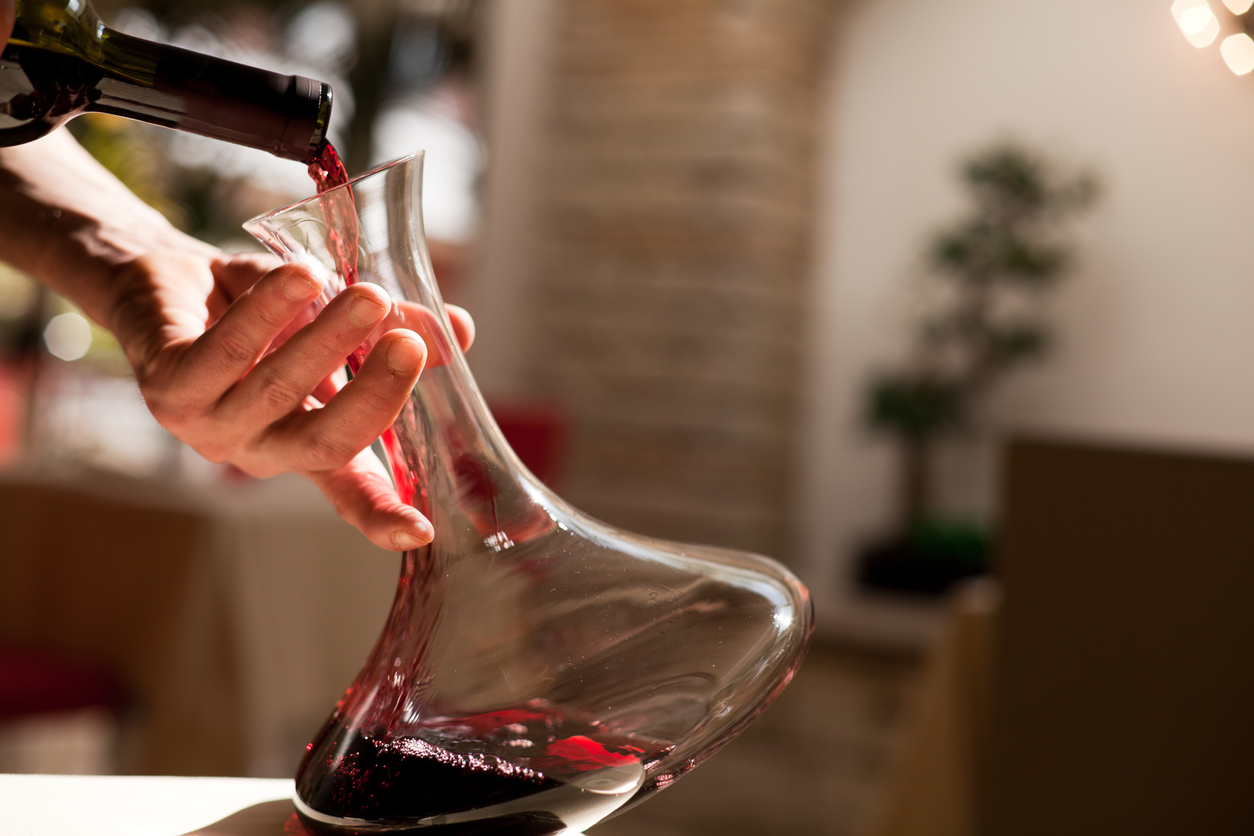 In the world of wine, there are those who love to decant — and those who decant only when absolutely necessary. And there are even some who never decant at all!

There are many reasons why decanting a wine can help to enhance your enjoyment of it.

You might be surprised to learn about some of the technical and aesthetic elements involved in decanting. Decanting can change the character of a given wine.

That’s why many professionals (and at-home wine enthusiasts and collectors) sometimes choose not to decant wines — sometimes counter-intuitively.

Let’s take a look at how to decant wine and why it’s part of contemporary wine culture — for better or worse.

According to the Oxford Companion to Wine, “to decant” means “to pour off (the clear liquid of a solution) by gently inclining the vessel so as not to disturb the lees or sediment.”

The process sounds simple, but there are a few changes that occur when you decant a wine.

There are three main reasons for decanting a wine. The first is to remove sediment or other solids.

Today, it’s pretty rare that wines have sediment in them. That’s because winemaking technology and wine filtration systems are so sophisticated these days that you’d have to really want to have sediment to make a wine that’s not entirely liquid.

So, the only genuine reason to decant old wine for technical purposes is if it’s so old that 1) it was made before modern filtrations; or 2) the wine has begun to “disassociate,” in other words, some of the “dry extract” (not alcohol or water) has become unbound from the liquid molecules.

Decanting old wines with visible sediment is the main reason for decanting.

How to Decant Old Wines

Sometimes, old wines (while still in excellent “health” in terms of the drinkability fitness), have sediment. That’s when decanting can really come in handy.

One thing that a lot of people don’t realize is that to properly decant an old wine, it has to be stored upright for at least a day, if not a couple days. This allows the sediment to collect in the bottom of the bottle.

If you don’t set it upright and leave it that way for a while, the sediment will be mixed with the liquid and it will be impossible to decant.

When decanting old wines, the sommelier will generally set up a candle or other light source under the neck of the bottle and then slowly decant the wine from the bottle into a decanter.

As soon as they see any dark material appearing in the liquid, they’ll stop pouring. That way the solids stay in the bottle and can be discarded.

How Long Should Wine Breathe?

Today, it’s extremely popular to decant even young wines in order to “let them breathe” — or in other words, to aerate the wine.

With young highly tannic red wines like California Cabernet Sauvignon and Super Tuscans, for example, sommeliers and home wine enthusiasts often like to decant so that the wines will become drinkable right away.

Tannic wines often need extended contact with oxygen before they start to reveal their fruit aromas and flavors. By decanting, you expose the wine to more oxygen than if it was just kept in the bottle.

Many argue that this is a form of “expediting” the drinkability. And some wine lovers — because they don’t want to disturb the balance of the wine by decanting it — will call a restaurant the day before and ask the sommelier to open the bottle in the morning on the day of their reservation, or even the day before.

But decanting “big” wines has become the default for many high-end restaurants. Many sommeliers like to “double decant” wines in this way. They pour it into a decanter and then pour it back into the same bottle.

The act of decanting it twice aerates it even more.

Another reason for decanting wine is because wine is beautiful to look at! And whenever you decant a wine, it always makes the gathering feel like an important occasion.

Just think of the last time you saw a sommelier decanting a bottle at your favorite restaurant. Like everyone else, you probably asked yourself, What is that table drinking? It must be a really special bottle of wine!

Decanters — beautiful in their own right, and often made out of fine crystal — allow you to see the gorgeous color of the wine, and experience the way light shines through and reflects off it.

A good example of this is decanted Champagne or other sparkling white wine. While from a technical standpoint, decanting and aeration cause you to lose some of the wines effervescence, sparkling wine looks pretty sexy in a decanter!

Try it and you’ll see that it will delight your dining companions. Similarly, white and red wines will look great in a decanter. And don’t forget bubbly rosé!

Bottom Line: Should You Decant Old Wines or Not?

The bottom line answer is no, you shouldn’t decant old wines (in our humble opinion).

As a very famous wine writer once told us, “old wine is like me, an old man. And I don’t like to be shaken up.”

Decanting old wine puts stress on the wine that may shock it and cause it to lose some of its balance. Wine — and old wine in particular — likes calm and tranquility.

No one really knows why, but old wines perform better when they’re handled delicately. You’re better served storing an old wine upright for a few days before opening it and it will essentially decant itself.

That may not be feasible on the floor of a restaurant, especially when the guest hasn’t called ahead and requested a given older wine. But it’s easy to do at home.

Find a great wine to decant (or not!) for your next event >