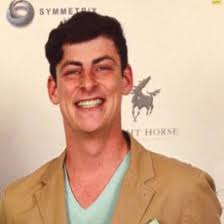 The Science of Wine: Something fun for the Wine Geeks

Joe Meilen is our resident expert in all things wine and vineyard science.  With a B.S. from Cornell in wine chemistry, Joe’s perspective on fine wine is distinctly detailed and technical.

During his semesters and summers at University, Joe had the privilege of working in wineries and vineyards from Southern California to Southern France, allowing him to marry his intellectual expertise with the practical realities of wine production and vineyard management.

After graduation, Joe spent three years working in fine wine sales and distribution, where he further honed his palate for an appreciation of distinguished wines from around the world.  Today he wanders the floor of our shop expounding on the minutia of wine production and curating a playlist of disco and R&B new classics.

Look out for his monthly articles discussing fascinating concepts in wine and food chemistry, with a singular take on the finer things in life.  Flag him down on the shop floor for a recommendation on a delicious wines du jour, or a wicked-fast primer on why you shouldn’t be scared of sulfur dioxide!

Surfactants and Champagne, by Joe Meilen

Champagne: a name that for some is synonymous with sparkling wine broadly, and for others represents such a specific subset of wines, and techniques that its use in a non-specific sense ignites a flurry of wine-splaining dense enough to frustrate the most docile consumer.

As with many of the more recognized European wines, the name is a protected “trademark” of sorts, outlining a codified set of techniques meant to preserve the tradition of a revered region, and communicate to a consumer the consistency in quality that is intrinsic to a specific wine, from a specific place.

Indeed, the collection of the environmental, agricultural, and enological processes that are codified in a name like Champagne can be said to render the “terroir” that gives the wine its quintessential flavors and textures. And, while there are numerous practices in the vineyard and the cellar that contribute to Champagne being among the most lauded and delicious sparkling wines in the world, I would like to highlight one cellar technique in particular, for the sake of illustrating a particular chemical process that is interesting not only due to its contribution to champagne quality, but because of its relative ubiquity in many common food systems.

My hope is to render the chemistry behind this process both approachable and interesting, and to clarify, one of the manifold processes that make Champagne so special. Ideally, this exploration of secondary fermentation will provide you a tool in selecting the most sensorily interesting Champagnes for your next special occasion.

In the production of most sparkling wines, there are two discrete fermentations that take place sequentially.  Firstly the process by which yeast convert the sugars in crushed grapes into ethanol alcohol, and CO2.  During this “primary” fermentation, the desired product is mainly the alcohol, in addition to the powerful aromas that the yeast produce as a function of their metabolism (mostly “ester” compounds that give wine its quintessentially “vinous” character – amorphously fruity, and occasionally vegetal).

In addition to a further production of ethanol and aromatic compounds, the CO2 that is created in this fermentation is trapped in the bottle, and dissolves slowly into the wine – imparting its quintessential effervescence.

Champagne in particular is revered for the quality of its effervescence, namely, the small, ambling bubbles that form in the glass, as well as the dense, persistent mousse that forms at the surface of the wine when poured into a dry glass.

Indeed, when poured side-by-side with a sparkling wine produced by means of forced carbonation, one can easily observe the disparity in mousse density and longevity.  This disparity begs the question “What aspects of Champagne production in particular give it such desirable effervescent qualities?”  While many factors may contribute, undoubtedly one key lies in the duration of the secondary fermentation.

As the fermentable sugar in the bottle dwindles towards the end of secondary fermentation, yeast cells, now without a critical energy source, begin to decay and fall apart.  As the decaying cells form a sediment in the bottle (removed via the famed “riddling” process) they release their cellular contents to the wine.  In particular, a group of chemicals known as glycoproteins begin to accumulate in the wine, and are partially responsible for Champagne’s inimitable bubbles.

The formation of the “mousse” at the surface of a wine is a process interestingly similar to combining oil and vinegar to make salad dressing, or butter and lemon juice in the making hollandaise sauce.   The struggle in both cases is that the former substance (oil and butter) is sparingly soluble in the latter (vinegar and lemon juice).  Despite the most furious agitation; small, dispersed droplets of oil will gradually combine to form larger drops, resulting eventually in the complete separation of the two immiscible (or mutually insoluble) substances.

This same “insolubility” may be responsible for the ephemeral, inhomogeneous mousse exhibited in some less-meticulously produced sparkling wines. A foam, like the mousse associated with Champagne, is formed by rising bubbles dragging a portion of the liquid above the surface of the wine; creating a bubble-liquid matrix (akin to a mixture of oil and water in a chemical sense).

As the wine between the bubbles slowly drains back into the bulk of the liquid, the bubbles rupture and the foam falls (again, a process driven by the same forces that cause oil and water to spontaneously separate). As to avoid forcing you to relive simultaneous feelings of panic and boredom associated with high school chemistry classes – I will keep the thermodynamics lesson brief.

Wine will resist the formation of an internal gas bubble because the inflating of this bubble tends to disrupt the weak bonds that water molecules make with themselves (known as cohesive forces; the same forces give pure water its surface tension).  This disruption requires inputing energy, and is thus resisted by the wine which prefers to stay in a state of low (free) energy.

A foam will prefer the combination of smaller bubbles into larger bubbles (which produce a more ephemeral, less uniformity mousse) because a given volume of gas will disrupt fewer water-water bonds if contained in one large bubble, than if that same volume of gas were to be contained in many smaller bubbles (it is worth mentioning that wine, in terms of chemical constituents, is almost entirely composed of water).  Furthermore, given the instability that occurs at the bubbles surface, the wine will prefer to rush away from the surface of the bubble, causing the foam to collapse rapidly.

The disruption of water-water bonds, and the forcing of water molecules into certain orientations at the surface of the gas bubble are at the root of the wines resistance to forming a foam composed of fine bubbles.   And, though the size of the bubbles at formation is dependent on the size of the pores in the glass where the bubbles originate, the capability of a foam to maintain small bubbles (and thus its desirable density) depends on certain chemical constituents that are introduced as a result of secondary fermentation.

The separation/combination problem in salad dressing can be solved through the addition of egg yolks, which contain a group of molecules known as lecithin. Lecithin is said to be a surfactant, because it acts at the surface between two immiscible substances. Surfactant molecules like Lecithin have two distinct sections contained in the same molecule: one of which is water-soluble, the other of which is oil soluble.

Glycoproteins effectively achieve the same result in sparkling wine foams; they can minimize the energetic barrier presented in small bubble by creating a water-soluble shell around the bubbles surface. This shell allows water to form a bond similar to its preferred water-water bond with the glycoproteins at the surface of the bubble.  This furthermore slows the drainage process by allowing the liquid to stick more readily to the surface of the bubble, and by increasing the viscosity of the wine between the bubbles.

Think about a plinko board, where the disk dropped represents the liquid between the bubbles that is creating the foam.  If you were to coat each of the impeding pegs with adhesive, you could slow the descent of the disk by causing it to momentarily stick to each peg it encounters.  This is effectively the role of glycoproteins  in promoting foam stability.

Now, while all this information is interesting in the abstract (at least to me), how can it inform your selections of sparkling wines with respect to finding the most texturally exciting options?  Current studies suggest that the duration of secondary fermentation may play a deciding role in the quality of the resulting mousse.

In fact, 18 months specifically may be the “sweet spot” in terms of rendering a maximum concentration of glycoproteins, and consequently the most desirable foam (Coincidentally, the minimum allowed duration for secondary fermentation for a wine coming from the Champagne region to be labelled as such).

One of the more delightful aspects of studying wine chemistry is the elucidation of techniques, preserved by tradition, that are shown to render evidence-based improvements in wine quality.  The sensory experience, though not always, can often be a leading clue into the mechanisms that make great wines great!