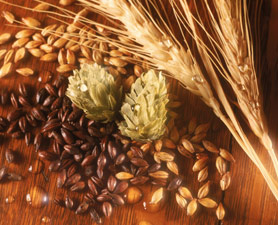 Way back when I was in high school I had an eccentric history teacher who had spent a lot of time overseas before taking the job at my school. She had, what to me was a very revolutionary belief.

She thought the drinking age of 21 was ridiculous for fermented beverages, and she would often exclaim that “Wine and Beer are food!” She seemed legitimately perplexed by the law in the United States.

At the time I had no idea what she was talking about, I just liked the idea that someone was making the argument that I should be allowed to drink. But now that I’m old enough to learn a little more history on my own beyond the political history she was required to teach, I begin to understand what she meant.

A Brief History of Wine and Beer

Wine and beer have been deeply entwined with our culture and cuisine for thousands of years, longer than almost any other prepared “foodstuff” — with the possible exception of bread. Of course, Humankind had learned to cook first, but it wasn’t until our intimate and symbiotic relationship with yeast began, that Culinaria and Civilization itself were born. 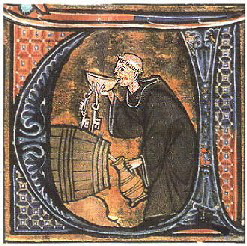 It’s not certain which came first: bread, beer, or wine. They were all brought into existence as nomadic peoples began to notice and take advantage of something they themselves had no way of observing firsthand, that is, the actions of our little friends the yeast.

Yeast lives all around us – all the time. The most beneficial types consume sugars and excrete carbon dioxide, and of course alcohol.

Now the intoxicating effects of alcohol that we’re all familiar with would have definitely been attractive to early man, but it wasn’t the most important factor back then. The real selling point, that allowed man to have “roots,” stop moving around hunting and gathering and start forming an agrarian society, was that alcohol helped keep your food from spoiling. It was also used to help make your water safe to drink.

Alcohol is a preservative because bad bacteria are killed by it, so fermenting your food becomes a way to save the calories in it. Suddenly, you don’t have to follow a herd of wild beasts across the plain, because you can build a nice split level and drink your dinner in the wintertime.

So if alcohol can be made from any fruit or grain, why grapes for wine and barley and wheat for beer? Well, certainly in Asia there is a huge tradition of fermenting rice for beverages and just about everything else for food.

In Africa, they’ve fermented cassava. In the pre-Columbian Americas, they were fermenting corn.

But in the Fertile Crescent in the Middle East, wheat and barley grew wild as did grapes. Barley was extremely nutritious, took to domestication very well, and adapted to the cooler European climates it was moved into as agriculture migrated northwards.

Grapes grew wild everywhere, plus they were a vine so they could be planted in all sorts of ways to keep them out of the way of other more finicky crops. Grapes’ skins protected them very well while on the vine, but those very skins are covered in wild yeasts just waiting for them to be picked.

Even a harvester who had placed a bunch of grapes in a clay jar for safekeeping might come back to find his cache transformed.

The Rise of Modern-Day Wine and Beer

Fast-forward a few hundred years and the mystical secrets of fermentation are closely guarded by a few power-hungry monks. The church had a monopoly on 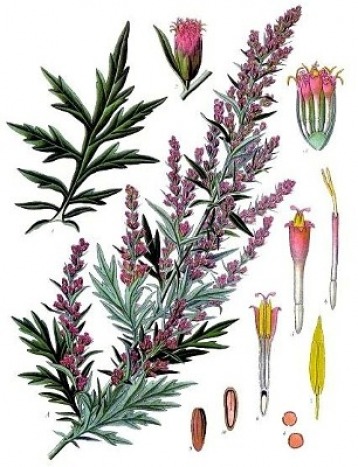 gruit, a spice mixture used to flavor beer, and few different groups were getting fed up with this and other aspects of the church.

A bunch of German princes decided to start promoting hops as a flavoring agent for beer as a way to get some autonomy from Rome. Hop flowers not only add flavor to beer, but they have antiseptic properties to which beneficial brewing yeasts are immune, but bad bacteria are deterred.

The rise of the hop cone is inextricably linked with Martin Luther and the rise of German Protestantism.

Meanwhile, in France, a group of monks decided their Benedictine colleagues had become too corrupt and they formed a new order at the abbey of Citeaux in Burgundy, France. Thus the Cistercians were born.

The Cistercians believed in hard manual labor and self-sustenance as a way of life. The equation that follows therefore is a life of agriculture and one without waste, therefore if you have land that will only grow grapes, then you grow the best grapes possible and make the best wine possible and you sell the extra.

Since grapes can grow on rocky hillsides where grain cannot, it’s relatively easy for a nobleman who wants to go to heaven to deed his rocky scrabble to the monks who’ll pray for his soul. And the monks make the most of these gifts. Thus the famous vineyards of Burgundy were born.

Then as the Cistercian order spread, many treacherously steep vineyards began to appear in Northern Italy, Germany, and Galicia in Spain. And when they spread too far north for the growing of grapes, they made beer or cider in England, Normandy, Belgium, and the Netherlands.

To the monks, even those who abstained or limited their own alcoholic intake, beer and wine were the absolute best use of their harvest, the way to show the most appreciation to God for his bounty. To them, beer and wine were simply part of the cuisine, one more way of keeping your gifts from going to waste.

So, Are Beer and Wine Actually Food?

In this country, we’ve become disconnected from fermented beverages being part of the meal. There are many reasons for it, including prohibition, urbanization, and the popularity of mass-market assembly line products that are far-removed from their agricultural roots.

That’s why it took me so long to understand my history teacher’s cries of “Beer and Wine are Food!” Now, I have a hard time understanding when people want to separate beer and wine into different categories.

Sure we have a wealth of choices in our modern culture and there’s no reason you can’t drink beer if you only want to drink wine or vice-versa. But when someone tells me they don’t like beer but they do like wine, or they only drink beer and can’t stand wine, I take it as a challenge.

Although extremely diverse, in my mind, the two are entwined.

Beer and wine have been part of our culture for so long that they’re intimate with all our favorite foods. Your favorite wine or beer could be something you’ve not even tried yet.

One of the best things I hear from customers is that they “didn’t know that a beer could taste this way!” or that until they tried something new they “didn’t think they even liked wine!”

So if you are about ready to give up on wine or beer, come by the store and let us help you find something new.

It might just help connect you to thousands of years of culinary history like it did for me.