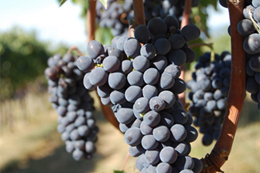 Let’s face it: Italian winery designations can be confusing, hard to understand, and difficult to pronounce.

In this post (the first in a series of winery designations explained and correctly pronounced), we look at three very common Italian winery terms: cantina, casa, and cascina, and discuss their meaning and usage.

Do you have a term that’s left you scratching your head? Please leave a comment in the comment section and let us know what it is: we’ll deliver an explanation in an upcoming post.

Cantina (kah-TEE-nah), literally cellar or cool place to store perishable goods and by extension tavern, probably from the Italian canto meaning angle or corner from the Greek kampthos, bend or angle.

The word cantina has a wide variety of applications in Italy (often used for restaurants and food stores, as well as wineries) and can be found across Italy to denote wine cellar.

Ca’ or Casa (KA or KAH-zah), literally, a building, house, or habitation, from the Latin casa, a small house, cottage, hut, cabin, shed.

The term casa is used throughout Italy as a winery designation and is often abbreviated as ca’, as in Ca’ del Bosco (it’s important to note that it’s often erroneously abbreviated as Cà [using the accent grave diacritic], when in fact the inverted comma [‘] denotes the elision of the final two letters, often derived from a dialectal locution). A casa vinicola (pronounced KAH-sah vee-NEE-koh-lah) is a winery/négociant.

Cascina (kah-SHEE-nah), farm house or other structure used to house livestock or farm tools, from the late Latin capsia meaning case or receptacle.

It can also denote a structure used to store cheese and other dairy products. The term is used primarily northern Italy and especially in Piedmont to denote a farmhouse or winery or dairy farm.