Brunello Padelletti exclusive allocation. We don’t care about scores but… 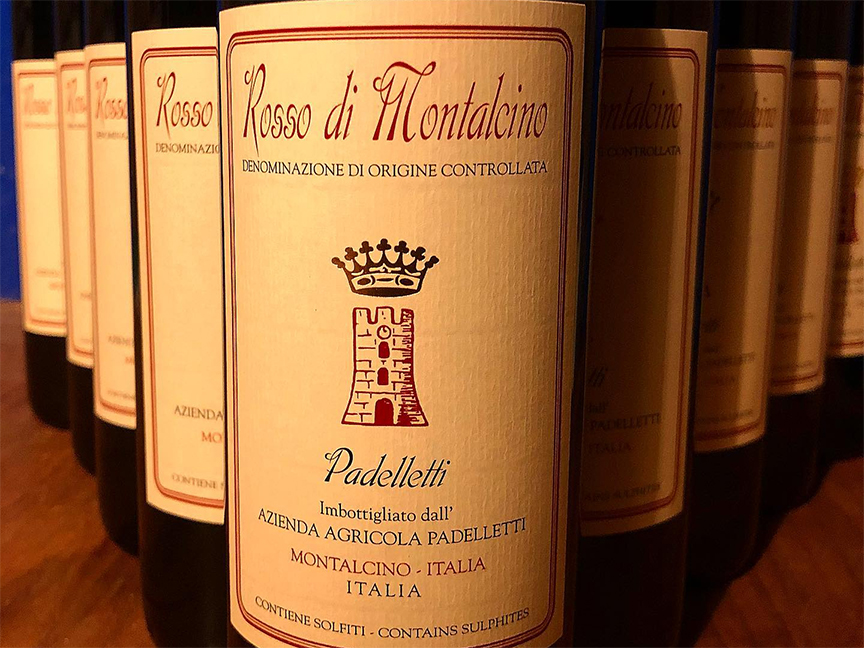 In today’s crazy world of Brunello mania, a lot of folks don’t realize that the serene Padelletti winery on the north side of Montalcino village is one of the places that it all began.

Not only was Raffaello Padelletti (1837-1900) one of the fathers of modern Brunello as we know it today. But he was also the first to bring international recognition to the appellation and is credited with having produced and bottled what is believed to be the oldest Brunello di Montalcino (not the other legacy winery that is often mentioned as having been the first to produce Brunello).

Montalcino is a small town and even today, its leading families still can trace their roots or have some familial connection, often by marriage, to this storied clan.

Today, we couldn’t be more proud to be offering all three of Padelletti’s current vintages thanks to an exclusive allocation that we were able to obtain from one of our favorite importers:

Of the Padelletti’s six total hectares planted, two hectares are devoted entirely to the production of Rosso di Montalcino. The maceration for the Rosso is at a minimum 14 days but can be up to 21 days, depending on the character of the vintage. It is aged for six to twelve months in large French oak barrels.

The Padelletti have four hectares from which they produce a Brunello. The maceration is at a minimum of 20 days but can be up to 30 days, depending on the character of the vintage. It is aged for two to three years in large format French and Slavonian oak barrels. The wine is left in bottle for six to twelve months before being released.

A Riserva is not produced every vintage at Padelletti, instead they wait till the right vintage conditions yield all the right elements. The maceration for the Brunello Riserva is the longest in the cellar, usually a full 30 days. The Riserva is also aged longer than the Brunello — three years in large format French and Slavonian oak barrels. It is left in bottle for a full twelve months before being released.

Here at Boulder Wine Merchant, we’ve never been big fans of wine scores. But… but in this case, let it suffice that these are some of the highest rated Montalcino wines year after year. For those of you who subscribe to the leading wine mastheads, we’re confident that you’ll like what you find when you look these up.

Click here to view today’s exclusive offer of Brunello di Montalcino from Padelletti. Please note that there is limited availability for these labels.