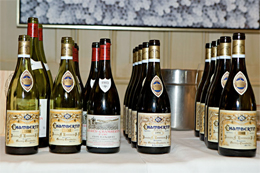 Boulder Wine Merchant’s owner, Master Sommelier Brett Zimmerman, will be heading next week to California for the Paulée de San Francisco, the annual gathering of Burgundy producers and collectors, now in its fourteenth year.

Modeled after the traditional grape harvest festival in Burgundy, la Paulée de Meursault (and named after the fact that the meal served at this country festival was traditionally prepared and served in the same sautée pan, the poile), the gathering brings together the best and the brightest of the fine wine world. And many of our country’s top collectors will open prized lots from their cellars.

Check out this post on the Paulée de San Francisco by American wine blogger Alder Yarrow, author of the popular site Vinography.

“The Grand Tasting,” writes Alder, who began attending in 2010, “will feature mostly current release wines. But Burgundy is only really good once it has some age on it in my opinion. For those who agree with me, and who are willing to part with a little (OK, a lot) more money, the Gala Dinner following the tasting will be the opportunity to taste older vintages from the producers attending.

You can also sample wine brought from the cellars of the many attending wine lovers, in keeping with tradition. That opportunity costs $1500, and is the closest thing you can get in the United States to the real La Paulée event in Meursault.”

“The Gala dinner is a pretty special event. The food is usually spectacular, and the wines? Well, the wines end up being quite remarkable. Even if you’re not willing to roam about the room with your glass looking for an ancient bottle held by a friendly face, the number and variety of wines that will pass through your glass can make your head spin. An embarrassment of riches, to be sure.” 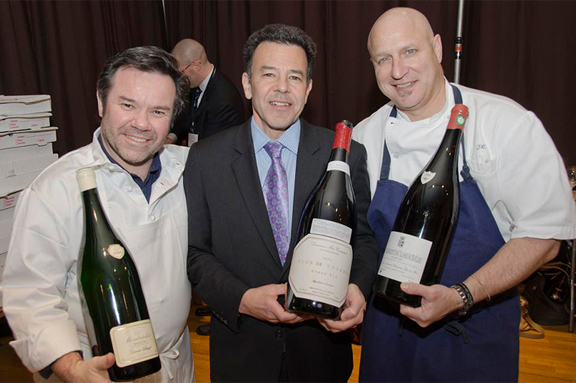 Brett is a member of a select, tightly knit group of leading U.S. sommeliers who are asked each year to help orchestrate this landmark tasting. From storage and perfect serving temperatures to the tableside pour and speaking duties, Brett and his colleagues will oversee the service of wine valued (literally) in the hundreds of thousands of dollars.

How are the sommeliers compensated? They do it for free.

The founder and organizer, Daniel Johnnes, says Brett, holds special dinners just for the sommeliers and “there’s a wonderful camaraderie that’s been established over the years.”

“We divide up into teams,” he explains, “and help with all the tastings, working with producers to make sure that the logistics of the tastings go smoothly, whether polishing glasses or monitoring serving temperatures.”

This year, producer Guillaume d’Angerville of Volnay — one of the appellation’s greatest winemakers — will be hosting a seminar exclusively for the team — part of their reward for their donated time.

“It’s a great opportunity,” says Brett, “to reconnect with colleagues from all over the country and to taste with some of the greatest winemakers from Burgundy.”

Click here to read more about this incredible event and its history.